Necessity is the
mother of invention

INVENTION Arriving at the University of New Mexico (UNM) in 2009, Dr. Nemoto brought with him the concept of cerebral microvascular shunts (MVS). Along with Drs. Wolfgang Mueller and Denis Bragin, he demonstrated, for the first time, the existence of brain MVS with loss of cerebral blood flow (CBF) regulation at high intracranial pressure. During his 38 years at the University of Pittsburgh, Dr. Nemoto knew of Dr. Marina Kameneva’s work with a high molecular weight polymer of polyethylene oxide which she and others demonstrated to be effective in improving survival in hemorrhagic shock and myocardial ischemia. With Dr. Kameneva’s assistance, Drs. Nemoto and Bragin confirmed the efficacy of the polymer, Lamiflo™, in reducing the severity of injury after stroke and traumatic brain injury. 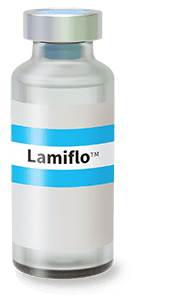 Lamiflo™ is a disruptive technology in current stroke protocol because it can be administered in the pre-hospital phase; will increase the number of patients qualifying for treatment by thrombolysis or intra-arterial thrombectomy; and can be used in patients who do not qualify for either treatment and could be used in patients, days to months after a stroke who are still at risk for a second stroke.